Learn About Our Founder 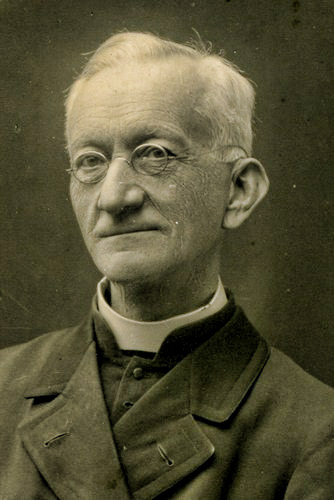 Father Leo John Dehon was born in LaChapelle, in the Diocese of Soissons, France, on March 14, 1843. After completing his classical studies, he studied law at the Sorbonne University in Paris and graduated with high honors at the age of twenty.

Although his family wanted him to practice law, he wanted to pursue a vocation to the priesthood, a call he had felt since his youth. On a trip through the Near East, when he was visiting Palestine, he experienced the call of God very strongly and made plans to enter the seminary.

Leo John Dehon went to Rome where he studied at the Gregorian University and at the Apollinare. He completed studies in philosophy, theology and church law, earning a doctorate in each of these fields.

On December 19, 1868, he was ordained a priest for the Diocese of Soissons. His first assignment was to serve as a clerk at the First Vatican Council. When he returned to the Diocese, he was appointed to serve in the parish in Saint Quentin.

He was shocked at the conditions of the working people and reached out to help them in many ways. He believed that we best respond to God's love by trying to meet the needs of those around us.

Father Dehon jumped into his work with enthusiasm. During his six years in St. Quentin he brought about significant changes. Bringing workers and factory owners together, he initiated dialogue that eventually led to better economic and social conditions for employees. He developed a newspaper, opened an orphanage and school -- all the while continuing his duties as a parish priest. 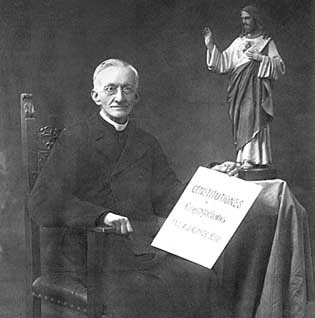 Throughout these busy years, Fr. Dehon's desire to become a member of a religious community grew. With the permission of his bishop, Fr. Dehon founded the Congregation of the Priests of the Sacred Heart on June 28, 1878. Among his most cherished apostolates, he listed:

As with every work of God, this new religious community had to surmount innumerable trials which Father Dehon accepted as God's will. Strengthened by his confidence in the love of the Sacred Heart, Father Dehon continued his work. His Congregation grew throughout Europe, then to North and South America, as well as to mission fields in Africa.

A tireless worker on behalf of the missions, working people and the young, he preached without ceasing the message of God's love and called upon us to return that love through lives of love and reparation. After a life of holiness, Father Dehon died in Brussels, Belgium, on August 12, 1925. Moments before he died, Father Dehon pointed to a statue of the Sacred Heart and said: "For Him I lived, and for Him I die."

On April 8, 1997, Pope John Paul II declared that he had lived a life of heroic virtue.